GENEVA, 6-May-2019 — /EPR GOVERNMENT NEWS/ — The UN IPBES’ 2019 Global Assessment Report on Biodiversity and Ecosystem Services is another one in a long line of warnings about the state of our planet. It should be clear that we face multiple interacting environmental stresses, and these are intensifying. Profound environmental, economic and political changes will likely define the next decade and beyond.

“Now is the time to bring attention to how we handle the risk of a large-scale systemic failure if all mitigation efforts fall flat and sustainable goals are not met in time”, said David Korowicz, GGI’s Director for Risk and Response.

The GGI is hosting an on-the-record teleconference to further discuss this, open to journalists and parties focused on these issues on Wednesday, May 8, at 4:00 pm Central European Time. The call is open to the public, but RSVP is required at Rachel@morrisseypr.com.

“It’s critically important to sickened 9/11 heroes and heroines that they are not forgotten as the majority of them still don’t have the proper health care and struggle with medical insurance companies,” says Steven M. Centore, author of One of Them: A First Responder’s Story.

Mr. Centore, who is a 9/11 first responder, a federal employee and a Navy veteran, details his own battles with medical insurance companies and the federal government in his book—battles that have made his many 9/11-related health problems all the more painful to deal with.

Mayor Michael Bloomberg released the Annual Report on 9/11 Health, which was based on recent medical and environmental research.

“We will do whatever is needed to take care of those who came to our aid after the city’s darkest day,” said Mayor Bloomberg.

Appointed by the mayor two years ago, The World Trade Center Medical Working Group is comprised of health experts in the fields of science, medicine and government. Its aim is to examine and analyze research findings on health impacts caused by the September 11 attack.

“It’s eight years after the attack and 9/11 victims continue to fight for the government’s attention and help,” adds Mr. Centore. “They put their own health, their own lives and the futures of their families on the line when the nation needed them, and they deserve respect for their sacrifices.”

Mr. Centore has appeared at congressional hearings to fight for the rights of the thousands of first responders. In his book he details his own personal account of his experience at Ground Zero on 9/11.

To learn more about how you can help or to buy the nationally acclaimed book One of Them: A First Responder’s Story, visit www.SteveCentore.com or www.wadv-oneofthem.com. The book is also available on Borders.com, Target.com, Amazon.com and BarnesandNoble.com.

For more information about One of Them: A First Responder’s Story, contact Steven M. Centore directly at Scentore@yahoo.com.

A magnificent two volume book set of “Beyond the Call, Memoirs of a Medical Visionary”, the life and times of Dr. William E. Mayer, has just been released and is available through national distribution in book stores and online everywhere. This is the stirring biography of one of America’s most noted, dedicated and decorated heroes. From his beginnings in the military, to his courageous climb in civil service and political station in government office, his career was a true and valiantly fought war of a different kind…for the rights and dignity of the US warrior and private citizen of the United States. Every soldier honors his country, his fellow military brother or sister and those who have passed in valor by committing to memory and living by the very principles that make the American soldier the best and toughest fighting machine in the world…the Military Code of Conduct…brought about by the work of William E Mayer, MD in the study of POW’s and their behavior following the Korean War.

Dr. Mayer relates with great candor, the unvarnished realities of dealing with medical incompetence, how it happens and why it happens with great clarity and brutal honesty. He recorded each event of his personal missions over the tours of duty in some of the hottest combat zones of Korea, the Middle East and Washington DC. Dr. Mayer was never a shy, retiring type, but a warrior who welcomed the challenge to get it right, correct it now and build it strong with conviction, drive and purpose.

From his broad perspective as a dedicated military officer, Assistant US Secretary of Defense and Assistant U.S. Surgeon General, these books expose the unsavory secrets of political incompetence and corrupt practices that were in his charge to fix and then police. He became one of the most respected physicians in government. He will take you there word by word, action by action and event by event in these two volumes that you will never put down until finished. He is charming, witty, poignant and sometimes brutal, but will never polish the truth.

“Beyond the Call, Memoirs of a Medical Visionary” is published by Mayer, Publishing Group International located in University Place, Washington and Albuquerque New Mexico. The book is available directly from http://www.amazon.com, or your local bookstore. Dealer discounts offered through Baker & Taylor & Ingram. 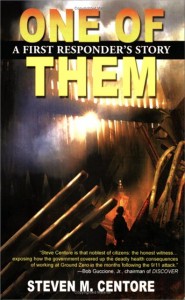 As the country’s economic crisis worsens even while the US government pumps billions of dollars into failing banks and industries, another major threat to the nation’s financial stability is going unnoticed.

A particularly insidious form of pollution called “stray voltage” is impacting the health and agricultural sectors of American life and business, and the financial consequences could be enormous.

Stray voltage — electrical current that travels through the ground and the infrastructure we all touch every day — has escaped the attention of major media. But its effect on the economy might be just as devastating as errant Wall Street banks, according to one expert.

Russ Allen, author of Electrocution of America: Is Your Utility Company Out to Kill You?, says, “Stray voltage is a massive tax on the American economy because it causes health problems for people and losses in revenue for farms across the country. The cost to the government could be in the billions.”

Mr. Allen also notes, “Because so many Americans are uninsured, and because stray voltage has been shown to exacerbate conditions such as diabetes and multiple sclerosis, the effect on the economy has been massive. The only problem is that no one is noticing.”

Stray voltage has been deemed dangerous enough in Wisconsin, Michigan and Canada that legislation was introduced in an effort to regulate it. Most of that legislation has not passed and most people don’t know that it likely runs through the pipes of their homes, showers and pools, and that is has killed people, according to Mr. Allen.

In Electrocution of America, Mr. Allen explores the cost of stray voltage to the economy through his own multimillion-dollar lawsuit against Wisconsin Public Service, which he won.

“I wasn’t the only one affected. This happens all over the place,” says Mr. Allen.

According to Electrocution of America, stray voltage hurts the economy in the following ways:

Russ Allen lives outside of Green Bay, Wisconsin, and is a leader in the movement against electrical pollution animals. He won a multimillion-dollar lawsuit against Wisconsin Public Service for the damage they caused because of a poorly designed electrical distribution system.

Electrocution of America: Is Your Utility Company Out to Kill You? can be found on Amazon.com,  BarnesandNoble.com, Borders.com, PriceGrabber.com and Ecampus.com.

For more information, contact the author directly at allen4568@sbcglobal.net.

GLENMORE BOOKS and author Russ Allen chose Arbor Books (www.ArborBooks.com) to design and promote Electrocution of America: Is Your Utility Company Out to Kill You? Arbor Books is an internationally renowned, full-service book design, ghostwriting and marketing firm.

Podcasts offer a way to bring firefighters news. Venting the Roof, the podcast for the acclaimed blog, Firefighter hourly, provides DAILY 30 minute podcasts on issues around the fire service.

Take the opportunity to visit Firefighter Hourly and listen to Venting the Roof-a podcast for firefighters, firefighting, and the fire service.